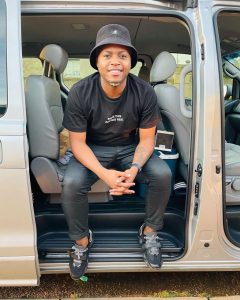 Kelvin Momo (born Thato Kelvin Ledwaba in Diepkloof, Soweto in 1994) is a leading light of “private school amapiano”, a variation of the genre that employs elements of jazz, deep house and lounge. In 2019, he released singles such as the atmospheric “Abantu Bethu” with C.A. Souls as well as the breezy smash “Yelele” with Luu Nineleven and DJ Stoks, and was featured heavily on the ninth edition of the influential label House Afrika’s Mzansi House compilation. The producer’s 2020 debut album, Momo’s Private School, released under amapiano pioneer Kabza De Small’s label Piano Hub, is driven by darting keys and lush pads, replaced amapiano’s customary grit with a refined sheen, resulting in a stone-cold classic. That same year, he followed the record up with the EP Bayeke, released in collaboration with his partner, the producer/vocalist Babalwa M.