There is a saying that some people are born into this world just to become something. Goiti Yamauchi is a guy who was born to be just a fighter.

He sacrificed his education and youthful fun just to become a fighter. Yamauchi is a professional Japanese-born Brazilian mixed martial art fighter.

Besides, he competes for the second-largest American MMA promotion, Bellator MMA, in the lightweight division.

“I don’t believe in having talent. If I have any talent, it’s my willpower and determination. I always give my best and keep a cool head.”

Consequently, his belief and dedication make him a successful MMA fighter. Before going into details about his life and career, here are some quick facts about him. 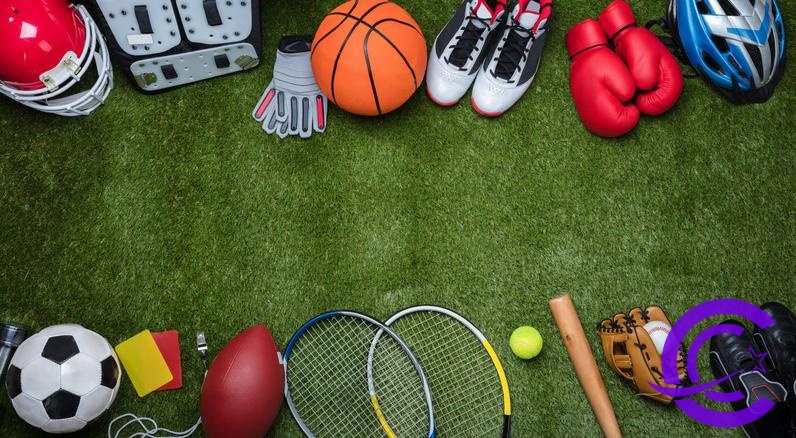 Get updates on the latest Offers in Sports Products and News.

On January 5, 1993, the fighter was born in Anjō, Aichi, Japan. Then, his family moved to Curitiba when he was three years old. Now, he is a resident of Curitiba, Paraná, Brazil.

Likewise, he was born to be a Japanese father and a Japanese-Brazilian mother. Therefore, he holds Japanese nationality by birth with mixed ethnicity.

At age 9, Goiti joined Brazilian jiu-jitsu and soon followed Muay Thai, boxing, and wrestling. Consequently, at the age of 20, he received the long-awaited Jiu-Jitsu black belt.

Besides that, his parents enrolled him in a good school, but he sacrificed his education to become a professional fighter. However, his family supported him and his decision also.

“I train at least three times a day, not to mention a resting period, so there isn’t much time for college in the life of a professional fighter.”

The fighter Yamauchi celebrates his birthday on January 5. Likewise, he is currently 28 years old as of his birth date in 1993.

Besides, his zodiac sign is Capricorn. A Capricorn man possesses ambitious, responsible, pessimistic, and workaholic traits.

Furthermore, the rebellious fighter stands at the height of 5 ft 10 in (178 cm) and Weighs 145 lb (66 kg). He looks handsome with blonde hair, hazel-colored eyes, and a beard.

Likewise, Being a fighter, he spends most of his time in the workout, so his body is well maintained.

At a young age, Yamauchi got interested in fighting and joined for training. Accordingly, he became Paraná State’s amateur boxing champion by defeating then-reigning champion John Lineker in 2007.

Afterward, he started his professional fighting career in 2010. At that time, he was 17 years old.

Likewise, between October 2010 to May 2013, he fought against many fighters for many organizations throughout Brazil.

15th of January 2013 became an unforgettable date for Yamauchi because he signed a contract with Bellator MMA.

“I am thrilled to be part of the event now. It is an indescribable sensation! That was a real emotion; it made ten years of battle worthwhile, always aiming for the best.”

Finally, Goiti Yamauchi made his promotional debut against newcomer Musa Toliver at Bellator 99.

In contrast, he made a victory via a rear-naked choke submission early in the first round on September 13, 2013.

Similarly, his second battle for promotion had happened at Bellator 109 on November 22, 2013. Thus, he won the fight against Saul Almeida by knockout in the first round.

In the year 2014, Yamauchi appeared in three matches. Among them, he fought in the quarterfinal match of Bellator season ten featherweight tournament at Bellator 110.

But he lost the fight against Will Matinez by a unanimous decision.

Afterward, at Bellator 120, he faced Mike Richman on May 17, 2014. He won the back-and-forth fight through a unanimous decision.

Similarly, the fighter Goiti made a victory over Martin Stapleton on September 19, 2014, at Bellator 125 via a rear-naked choke submission in the first round.

Thus, he became the winner via a rear-naked choke submission in the third round. Apart from that, he became the first fighter to submit to Kobayashi.

Nonetheless, Yamauchi had faced three battles that year. The first battle of this season was held at Bellator 151 on March 4, 2016. He fought against Bubba Jenkins and lost the fight by a unanimous decision.

Likewise, he appeared against Ryan Couture and won the match at Bellator 162 on October 21, 2016. Thus, he got victory via submission in the first round. Besides that, he became the first fighter to submit Ryan Couture.

Afterward, at Bellator 168, he defeated Valeriu Mircea on December 10, 2016, via a triangle choke submission in the first round.

In 2017, Yamauchi appeared in only one battle, and he got the victory against Adam Piccolotti by rear-naked submission in the first round at Bellator 183.

Moving towards 2018, Yamauchi faced Michael Chandler at Bellator 192 on January 20, 2018. But, he lost the fight by unanimous decision.

Likewise, on January 20, 2018, he fought against Saad Awad at Bellator 210. He became a winner via a split decision.

He had appeared in a battle against Saad Awad at Bellator 229, where he won via verbal submission on October 4, 2019.

On December 10, 2020, he was set to face PFL veteran Nate Andrews at Bellator 254. However, Yamauchi gained weight by almost seven pounds over for the lightweight division. Therefore, the battle was off.

According to Mohegan Sun, commission head Mike Mazzulli said that Yamauchi had repeatedly missed weight. So, he will be required to fight in the Welterweight division from now.

“I won’t be allowed to fight in the lightweight division anymore, so I’ll go to the welterweight division. Regardless of what happens, I know it will be for the better for me.

I might come back one day to the lightweight division, but unfortunately, it won’t be possible now with everything that happened.”

According to Sherdog, the fighter Goiti Yamauchi had faced five battles in his amateur career, where he succeeded in winning over five battles.

Similarly, he had appeared in fifteen battles before entering the Bellator MMA. Nonetheless, he lost only one fight against Rodrigo Cavalheiro and became the winner in the remaining battles.

Furthermore, he had fought a total of fourteen battles to date in the Bellator MMA career. At the same time, he lost three fights and won the rest of the battles.

Although his personal life is not disclosed, it seems that he is single at the moment. However, he is currently busy with his professional career.

Besides that, there is no information about his personal and private life.

Likewise, It might not be so much difference between his personal and professional life. Because if we observe his social media, he spends most of the time in battles and training.

Furthermore, the fighter Yamauchi has no involvement in any controversy, rumors, and affairs to date.

Instead, he focuses on his MMA career because his ultimate goal is to become a world champion.

Goiti Yamauchi | Net Worth and Salary

Talking about his salary, Goiti Yamauchi had earned $52,000 with a bonus of $26,000 for winning the battle at the Bellator 229. Mainly his wealth comes from being an MMA Fighter.

Likewise, his net worth has not been disclosed, which is still under review.

However, The rising fighter Yamauchi will be earning a good amount of money once his career flourishes to the next level in the future.

Moret won the match against Yamauchi in the third round of Bellator 256 via split decision. Dan was Goiti’s fifth career loss.

Where was the Goiti Yamauchi vs. Chris Gonzalez match held?

The match was held in Los Angeles, California, the United States, at the Bellator 263 event on July 30, 2021. Yamauchi won the match in the first round via technical knockout.

(Make sure to read and comment down below. Your feedback is always appreciated.)