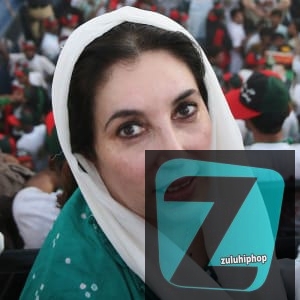 Bhutto was born on June 21, 1953, in Karachi, Pakistan, the eldest child of former premier Zulfikar Ali Bhutto. She went on to found the Pakistan People’s Party and serve as the nation’s prime minister (from 1971 to 1977). After completing her early education in Pakistan, she pursued her higher education in the United States. Bhutto attended Radcliffe College from 1969 to 1973 and then enrolled at Harvard University, where she graduated with a Bachelor of Arts degree in comparative government. It was then onto the United Kingdom, where she studied at Oxford University from 1973 to 1977, completing a course in international law and diplomacy.

Who Was Benazir Bhutto?

Benazir Bhutto inherited leadership of the PPP after a military coup overthrew her father’s government and won election in 1988, becoming the first female prime minister of a Muslim nation. In 2007, she returned to Pakistan after an extended exile, but, tragically, was killed in a suicide attack.

Leader of the PPP

Bhutto returned to Pakistan in 1977 and was placed under house arrest after the military coup led by General Mohammad Zia ul-Haq overthrew her father’s government. One year after Zia ul-Haq became president in 1978, the elder Bhutto was hanged after his conviction on charges of authorizing the murder of an opponent. She inherited her father’s leadership of the PPP.

There was more family tragedy in 1980 when Bhutto’s brother Shahnawaz was killed in his apartment on the Riviera in 1980. The family insisted he was poisoned, but no charges were brought. Another brother, Murtaza, died in 1996 (while his sister was in power) in a gun battle with police in Karachi.

She moved to England in 1984, becoming the joint leader in exile of the PPP, then returned to Pakistan on April 10, 1986, to launch a nationwide campaign for open elections.

She married a wealthy landowner, Asif Ali Zardari, in Karachi on December 18, 1987. The couple had three children: son Bilawal and two daughters, Bakhtawar and Aseefa.

Zia ul-Haq’s dictatorship ended when he was killed in a plane crash in 1988. And Bhutto was elected prime minister barely three months after giving birth to her first child. She became the first ever female prime minister of a Muslim nation on December 1, 1988. Bhutto was defeated in the 1990 election and found herself in court defending herself against several charges of misconduct while in office. Bhutto continued to be a prominent focus of opposition discontent, and won a further election in 1993, but was replaced in 1996.

While in self-imposed exile in Britain and Dubai, she was convicted in 1999 of corruption and sentenced to three years in prison. She continued to direct her party from abroad, being re-affirmed as PPP leader in 2002.

Bhutto returned to Pakistan on October 18, 2007, after President Musharraf granted her amnesty on all corruption charges, opening the way for her return as well as a possible power-sharing agreement.

Tragically, Bhutto’s homecoming rally after eight years in exile was hit by a suicide attack, which killed 136 people. She only survived after ducking down at the moment of impact behind her armored vehicle. Bhutto said it was Pakistan’s “blackest day” when Musharraf imposed a state of emergency on November 3, 2007, and threatened to bring her supporters on to the streets in mass demonstrations. Bhutto was placed under house arrest soon after, on November 9, and she called for Musharraf’s resignation four days later. The state of emergency was lifted in December 2007.

Bhutto was killed when an assassin fired shots and then blew himself up after an election campaign rally in Rawalpindi on December 27, 2007. The attack also killed 28 others and wounded at least another 100. The attacker struck just minutes after Bhutto addressed a rally of thousands of supporters in the garrison city of Rawalpindi, eight miles south of Islamabad. She died after hitting her head on part of her vehicle’s sunroof—not as a result of bullets or shrapnel, a spokesman for Pakistan’s Interior Ministry said. President Musharraf said that he had asked a team of investigators from Britain’s Scotland Yard to assist in the investigation into Bhutto’s killing.

Hundreds of thousands of mourners paid last respects to former Pakistani Prime Minister Bhutto on December 28, 2007, as she was buried at her family’s mausoleum in Garhi Khuda Bakhsh, the southern province of Sindh. She was buried alongside her father Zulfikar Ali Bhutto, Pakistan’s first popularly elected prime minister who was executed by hanging. Bhutto’s husband, Asif Ali Zardari, her three children and her sister, Sanam, attended the burial. Following Bhutto’s death, Pakistani President Pervez Musharraf announced three days of mourning.

The shooting and bombing attack on the charismatic former prime minister plunged Pakistan into turmoil. Pakistan is armed with nuclear weapons and is a key U.S. ally in the war on terrorism. Furious supporters rampaged through several cities, torching cars, trains and stores in violence that left at least 23 dead. On January 2, 2008, Pakistan’s election commission announced that parliamentary elections would be postponed until February 18—a delay of six weeks. Bhutto reportedly had been planning to give two visiting American lawmakers a 160-page report accusing the Musharraf government of taking steps to rig the January 8 vote.

“The United States strongly condemns this cowardly act by murderous extremists who are trying to undermine Pakistan’s democracy,” President George W. Bush said from his ranch near Crawford, “Those who committed this crime must be brought to justice.”

Pakistan’s Interior Ministry also revealed that it had “irrefutable evidence” showing that al Qaeda was behind Bhutto’s assassination. Brigadier Javed Iqbal Cheema said the government had recorded an “intelligence intercept” in which “al Qaeda leader” Baitullah Mehsud “congratulated his people for carrying out this cowardly act.” Mehsud is regarded as the commander of pro-Taliban forces in the lawless Pakistani tribal region South Waziristan, where al-Qaida fighters are also active. Mehsud has denied involvement.

The quest to identify and prosecute Bhutto’s killers took an interesting turn in 2013. Pakistan’s former military ruler Pervez Musharraf was placed under house arrest when he returned to the country that April. He has been accused of being part of the assassination plot against Bhutto and charged with not providing Bhutto with adequate security.

Unfortunately, that May, the case suffered a serious setback when its lead prosecutor was murdered. Chaudhry Zulfiqar, with the country’s Federal Investigation Agency, was gunned down in his car on his way to a hearing regarding Musharraf. No one claimed responsibility for the killing, but the timing of the attack is believed to be political. Zulfiqar died just days before the Pakistani general elections.